A year ago, my life wasn’t exactly what I wanted it to be. I made some grown-up scary decisions, and the following months have been difficult but enlightening. It’s strange how the most challenging things I’ve ever gone through and the most exciting have all seemed to fall within the same time span.

But I guess that’s life right?

I’ve learned a lot about people as a result…and a lot about myself. I learned I wouldn’t let life pass me by. If I was unhappy, I needed to do everything I could to change it.  I wouldn’t wait for life to just happen. I would go after what I want. I would do this even when the act of doing so might mean I would fail.

I queried agents for almost two years. Hoping that one day my dream of becoming an author would come true. And when it didn’t happen…and damn did I have some heartbreak along the way…I didn’t give up. I took a chance and signed with a small publisher (still thanking GOD they took a chance on me), and I have already experienced so much joy from working with Entangled Publishing. It’s crazy to think my debut novel will be in Barnes and Nobles across the country this June.

I am so THRILLED to announce I have signed with literary agent, Kevan Lyon. We will be working together to revise and submit my YA / Contemp novel to publishers over the next couple months. I have been blessed to have the most supportive family, friends, editor, publicist, and now agent to help me on this journey. Just yesterday, my friends and family helped spread the word about a special discount on The Chosen Ones from Barnes and Noble, and my sales rank went from 100k plus to 180.

So, I’ll keep on keepin on. I won’t settle for less than I want.

and because the novel plays a small part in my YA / Contemp…and I’ve been watching a ton of Mad Men:

And so the next chapter begins…. 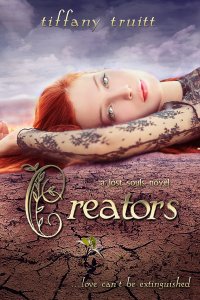